Strasbourg, the Capital of Christmas

It was in Strasbourg in 1570 that the very first edition of the oldest Christmas market in Europe took place, then called the “Christkindelsmärik” (market of the Infant Jesus). Since this time, Strasbourg has continued the tradition of a traditional, authentic, warm and generous Alsatian Christmas and these are all the reasons why “Strasbourg, the Capital of Christmas” continues to enjoy repeated success.

300 stalls are spread out over 12 locations under the glow of the city’s illuminations, making Strasbourg one of the largest Christmas markets in Europe. You’ll find all kinds of things there, including craftwork, food and drink and traditional Alsatian Christmas decorations.

Strasbourg was, for the 2nd year running, voted the best Christmas market in Europe for 2015, as part of the worldwide competition launched by the Brussels-based European Best Destinations organisation. Votes were cast on the basis of the quality, reputation and choice offered at the Christmas markets in the competition.

At night-time, the Capital of Christmas is lit up by dozens of kilometres of Christmas lights and decorations, while the centrepiece, the Great Christmas Tree on place Kléber, brings a magnificent sparkle to the city centre.This is an age-old Strasbourg tradition, recorded in a manuscript dated 1605, describing the fir trees and their decorations put up by the Strasbourg trade guilds during the Advent period. 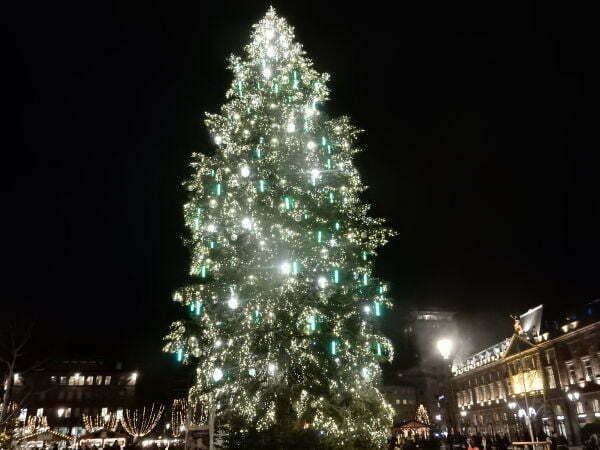 Every year, Christmas is made just that little bit extra special with a special guest-country village. This year, it’s the turn of the Grand Duchy of Luxembourg at the Luxembourg village.Let’s not forget the Village of Sharing, right next to the Great Christmas Tree. Run by charities and humanitarian organisations, it offers visitors the chance to show their generosity to people in need.

Strasbourg, Capital of Christmas, would not be the same without the some 500 events organised throughout the city, including live music, shows and exhibitions. There’s something to suit every taste as you walk down the narrow streets, across the squares and past the magnificent historical buildings.

Strasbourg, Capital of Christmas, will be an unforgettable way for people of all ages to experience the magic of Christmas.

Rue Cler, a hidden gem in Paris
4 comments so far.