Dinner at the Ivy

The Ivy Chelsea Garden is a restaurant serving an extensive all-day menu of modern British food and cocktails. Over half of the tables are reserved for walk-in diners, although you still see them turn plenty of patrons down. The restaurant, bar and café inside have an aura of approachable sophistication and familiar luxury; outside is an extensive garden, complete with a terrace and orangery. Unfortunately, because this is quite the trendy place at the moment, I was not able to get reservations earlier in the evening. So I entered the restaurant late Friday night with my friends, and as such, we could not enjoy the terrace as much as I would have liked. 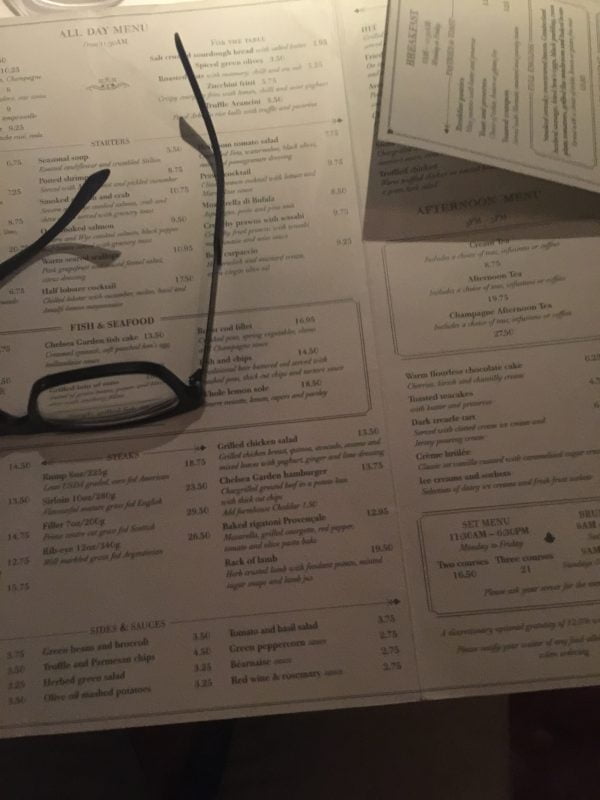 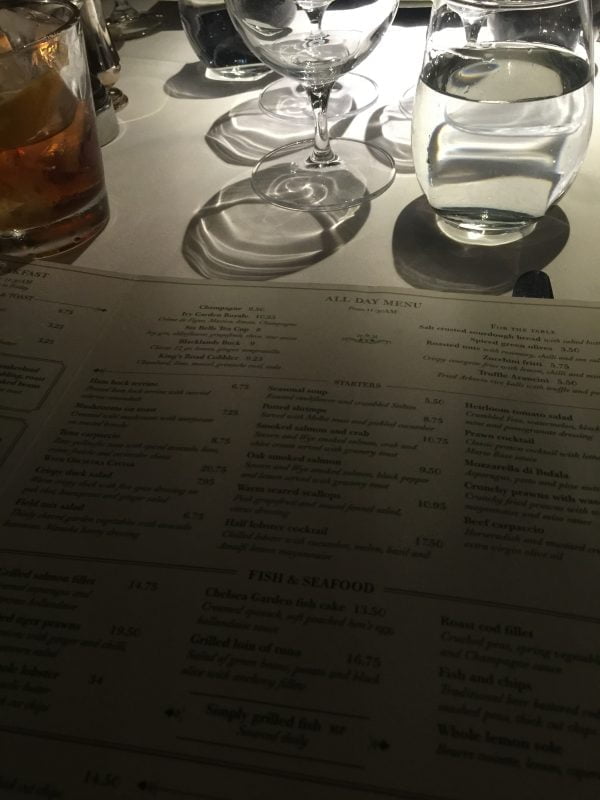 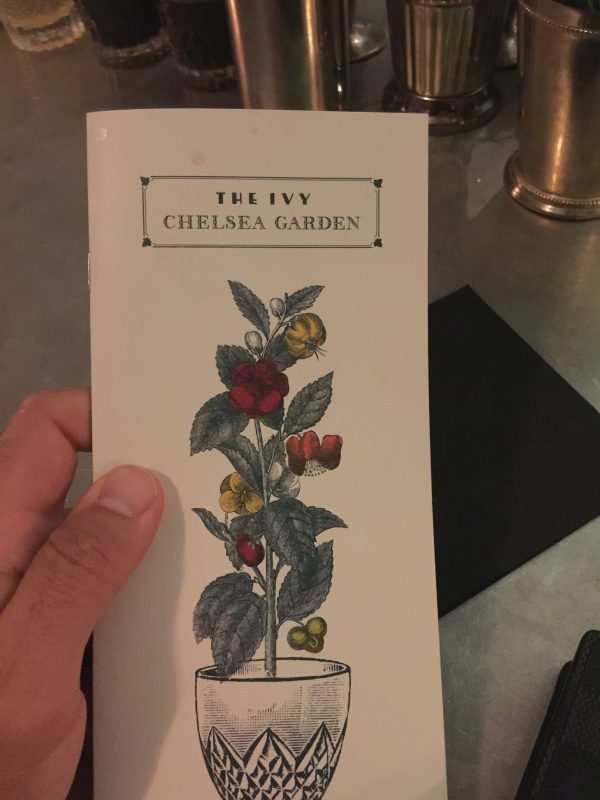 Part French brasserie part English country garden, you will not be disappointed with the food nor service at the Ivy. The restaurant is located in a landmark Tudor building on King’s Road that has been a hotelier of some kind since the late 18th Century. 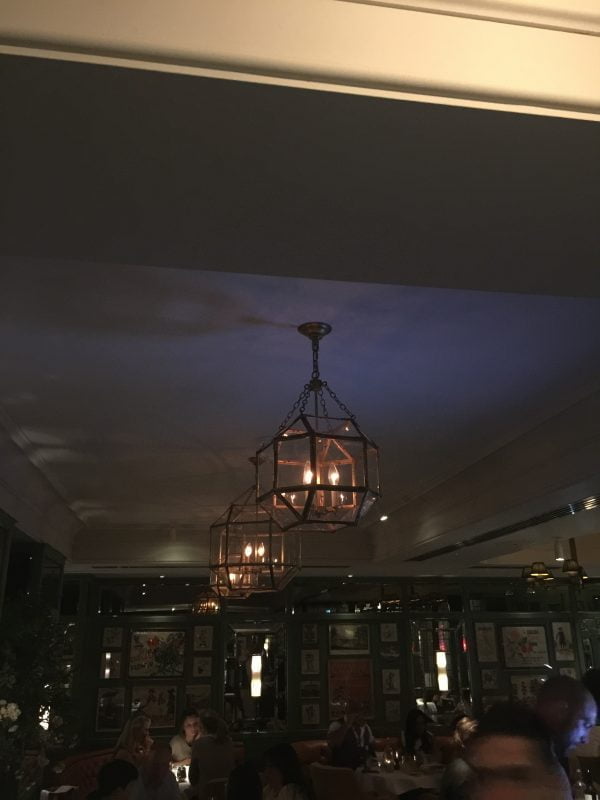 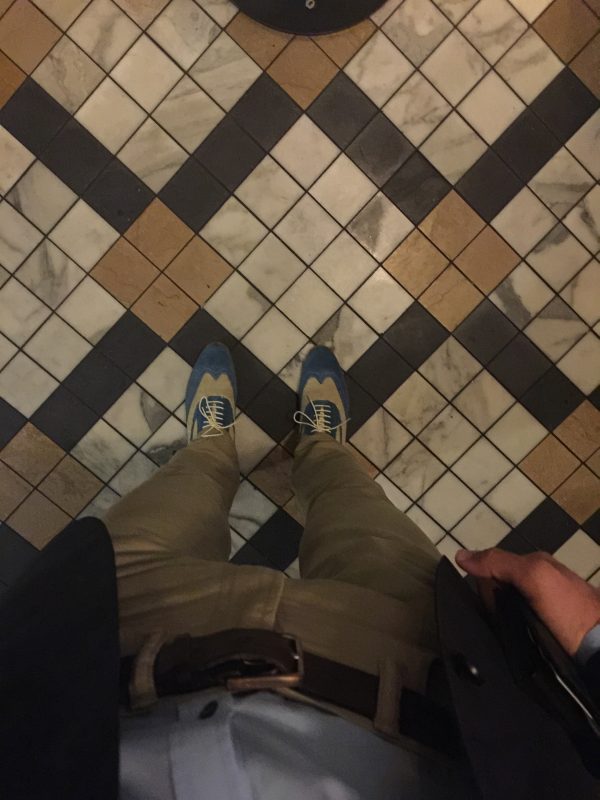 I loved the old inlaid tile in the floor

I suppose I should tell you a little bit about the food shouldn’t I? The menu is pretty eclectic, but as tends to be the case, my favorites come from under the sea. The prawn starter was absolutely magnificent, followed by seared scallops served with pink grapefruit. We also tried the tuna carpaccio and I enjoyed my tuna steak for dinner. The cocktails were also made to order and tasty. Overall, the meal was enjoyable. 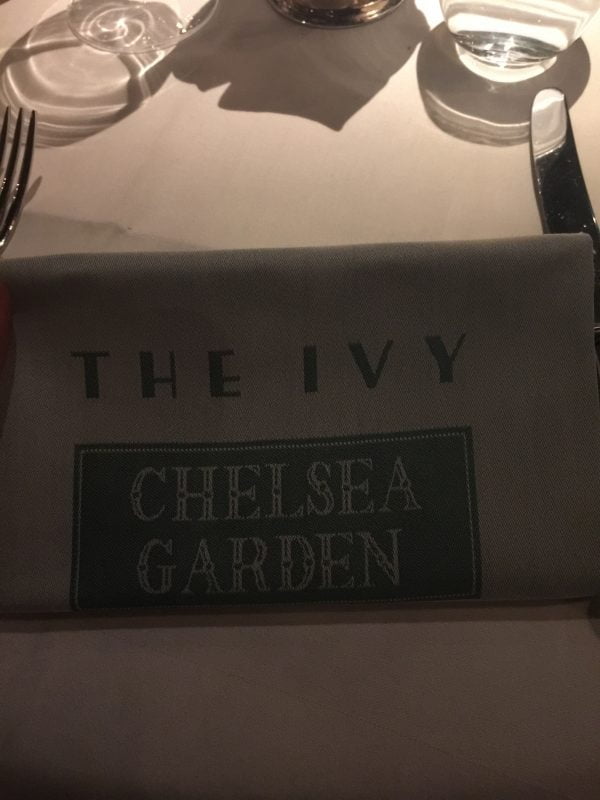 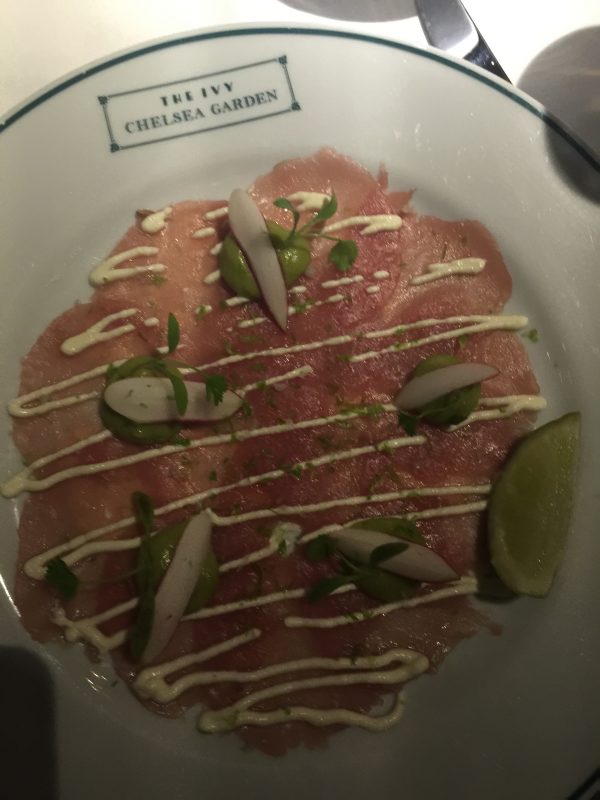 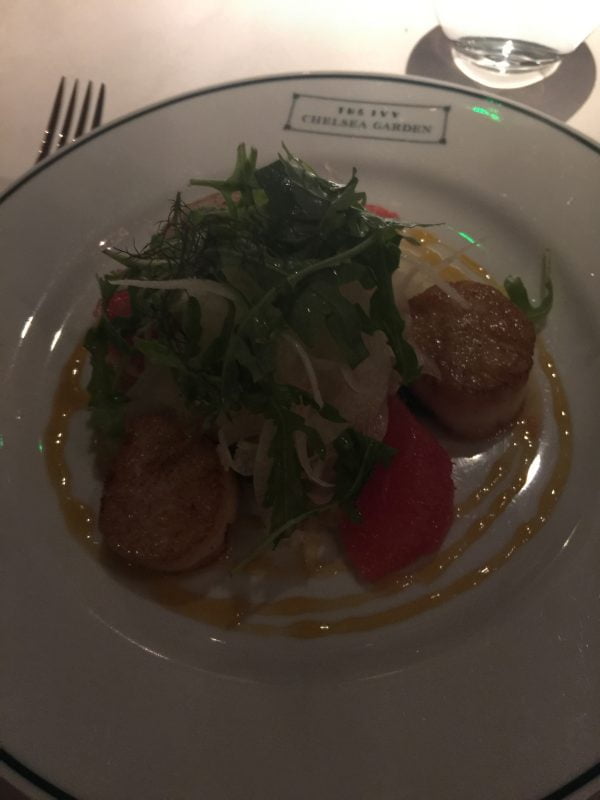 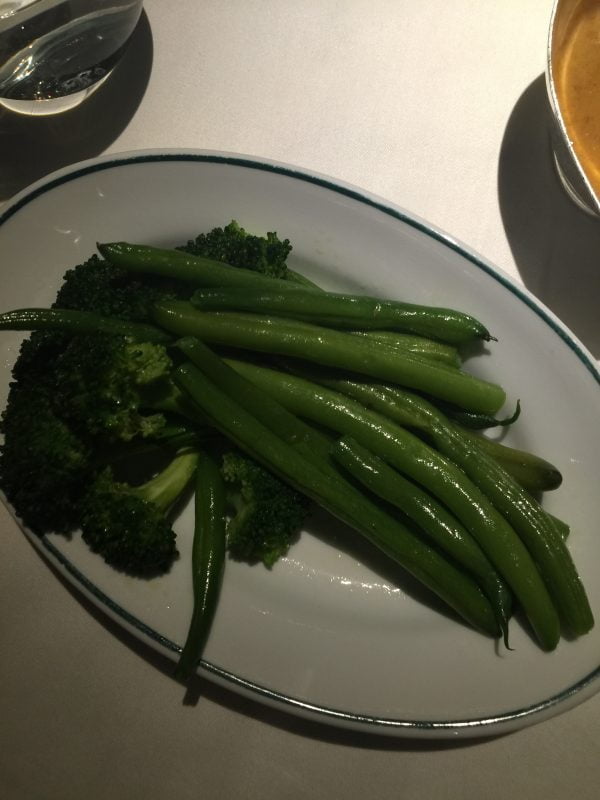 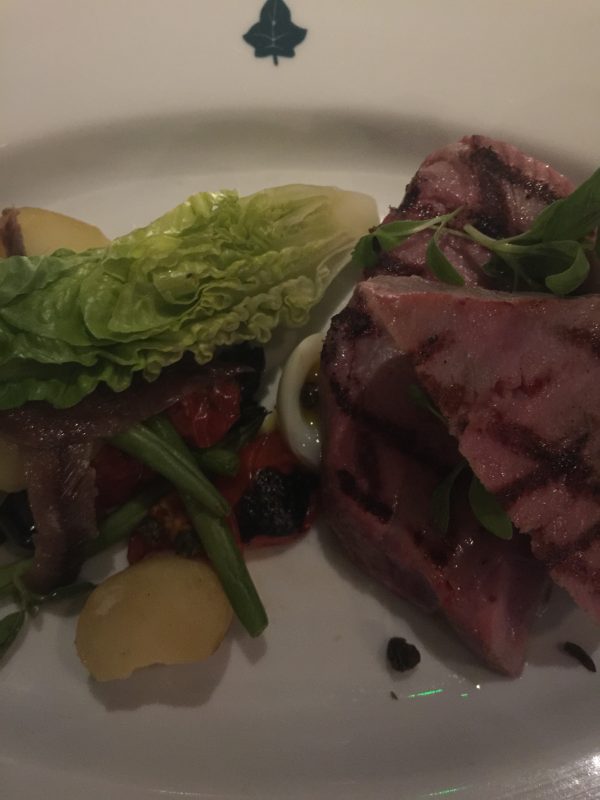 What I was most impressed with by far was their service. Everyone there seemed educated, spoke a few languages and had an international flare about them, which is becoming more and more common in London, and is quite welcome. We sat and ordered drinks at the table and enjoyed some truffles before we ordered appetizers and other food for the evening. Being left handed, I held my drink in my left hand and went about drinking and talking with my friends. Before dinner was actually served, I noticed the servers clearly were paying attention and took cues, they came up to me and setup my cutlery on the table for a left handed person, without my needing to tell them. In the 10 years I have lived in London, this has never happened to me before, that a place would pay this much attention without me saying a word. I was impressed to say the least, and left with a huge smile on my face. Us lefties don’t always get the best deal while partaking in restaurant dining. 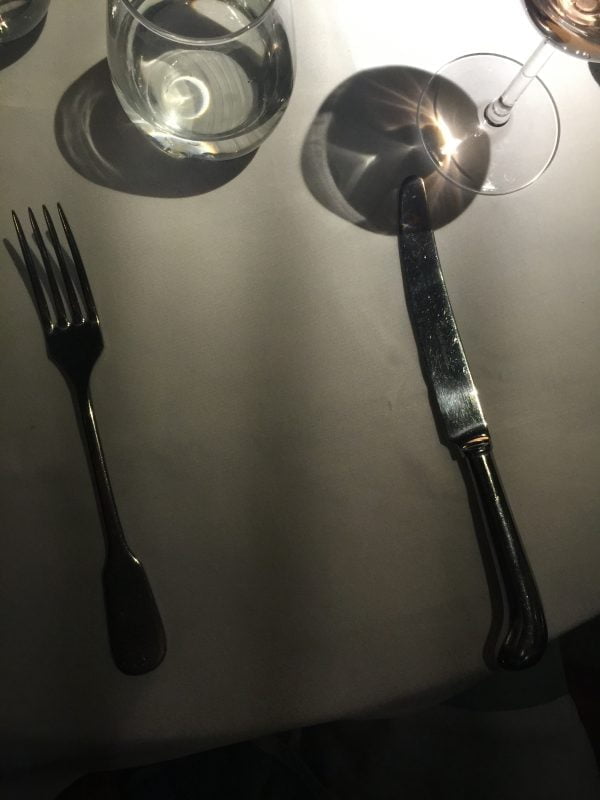 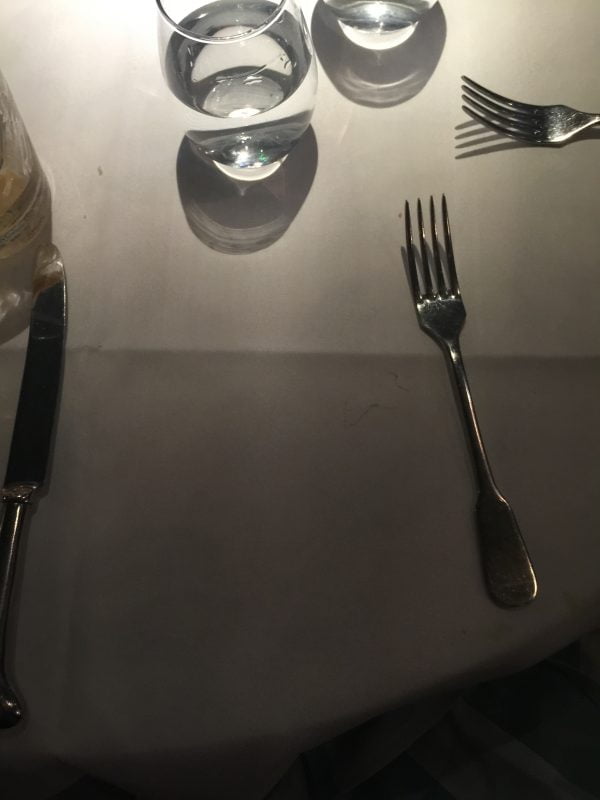 My silverware set for a left handed person

Overall, it was an enjoyable evening at the Ivy Chelsea Garden. It is a bit pricey, and the prawns were definitely worth it. I would highly recommend that you go during the day for lunch, or pop by late afternoon for cocktails followed by dinner to enjoy the garden space, which was beautiful but difficult to photograph at night. 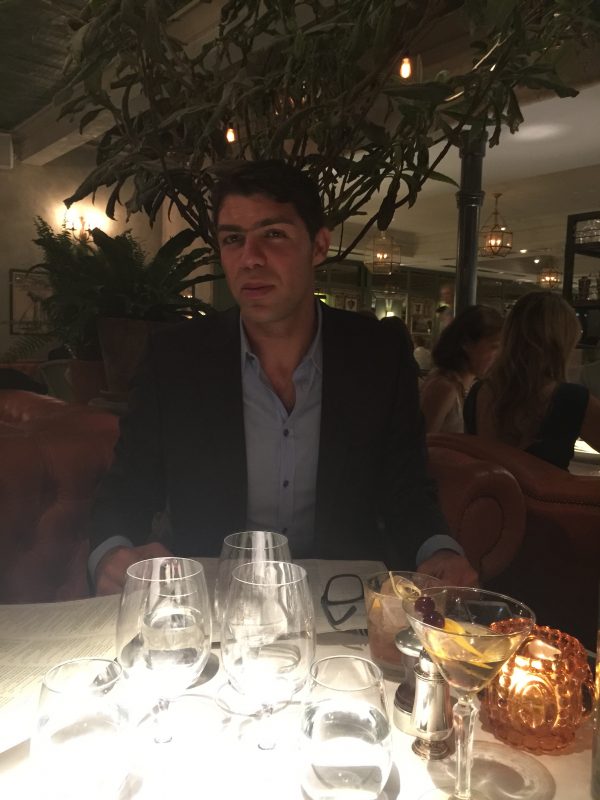 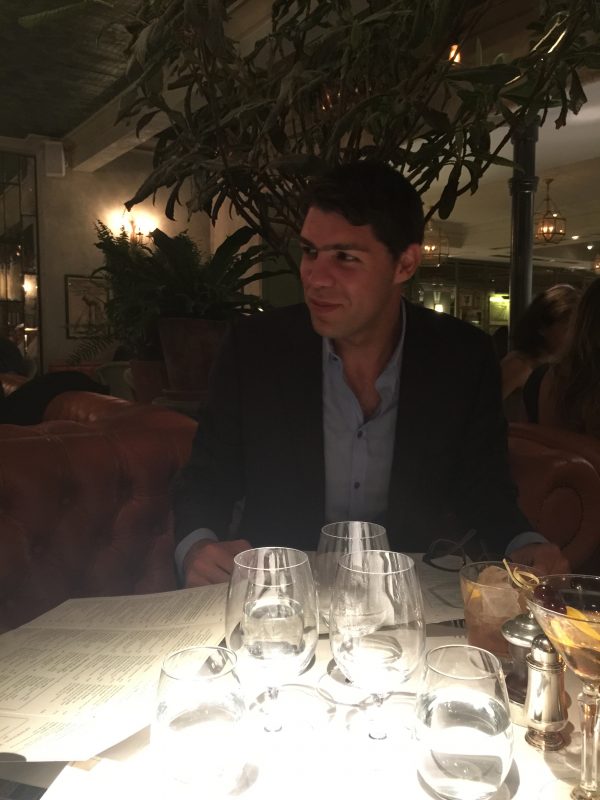