Lumiere London, the UK’s Largest Light Festival occurred this year in London during the 14-17 of January 2016. Taking place across the city from the West End and King’s Cross , London is transformed into an extraordinary nocturnal delight, completely FREE to attend. I was able to make it to view the installations in the Piccadilly, Regent Street and St James’s and Trafalgar Square areas. It was so beautiful to see all of these amazing light installations draped across these classic areas of London.

Produced by Artichoke London, a creative event company, and supported by the Mayor of London, Lumiere London plays host to an array of international artists who will illuminate the city from 6:30pm to 10:30pm each night. Artichoke is committed to having a green policy for their festival; they encourage artists to use low energy light bulbs and LED lights wherever possible and to move away from the use of generators to more green uses.

Below, I have grouped the installations by artists and tried to give you a brief description of each accompanied by some photos. I hope you enjoy them. Drop me a comment below and tell me your favorite installation!

Created for the Fete des Lumières Lyon, these Dream-like creatures pictured below ebb and flow against the wind, illuminating the night sky.

Lit by LEDs, these brightly coloured fish dance gracefully with the elements, delighting audiences as they float and swoop through the air. Look out for the exotic flower lanterns adorning the Piccadilly area. 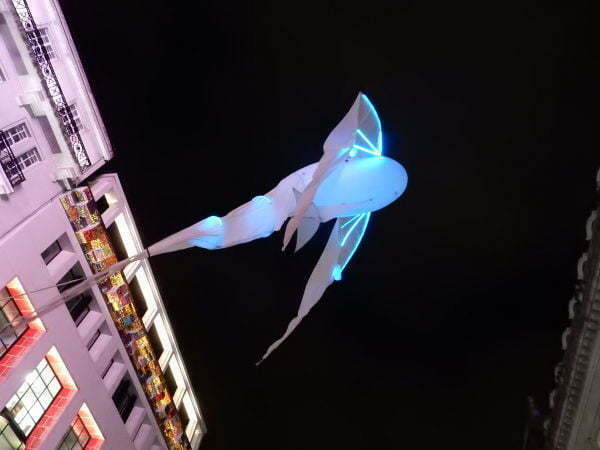 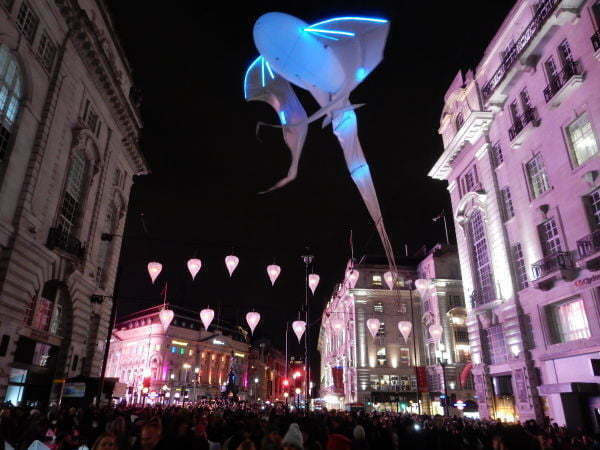 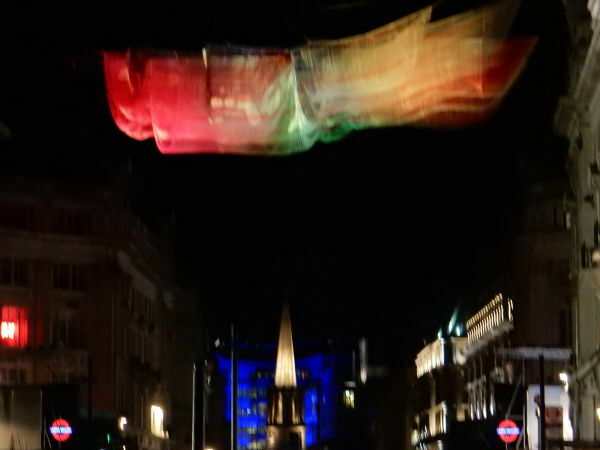 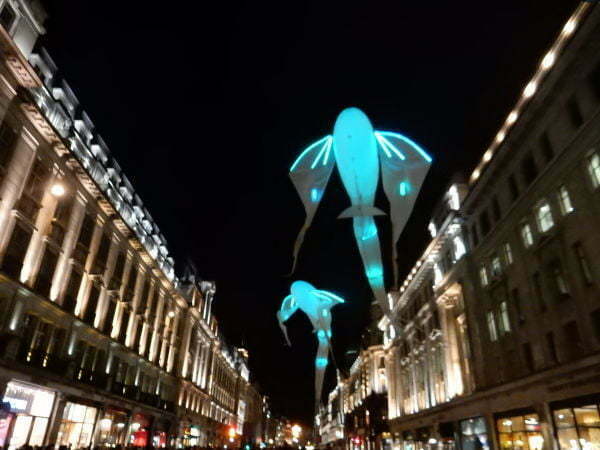 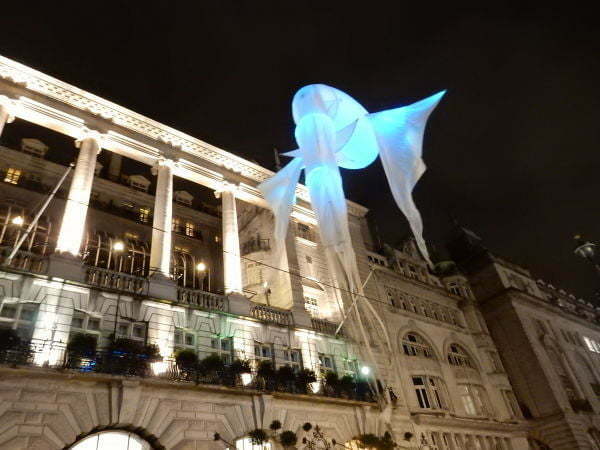 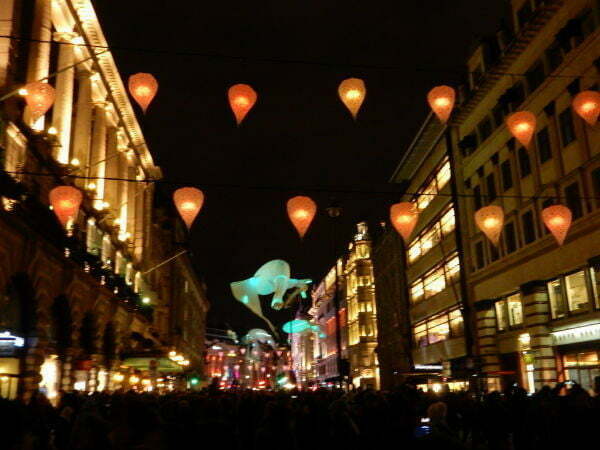 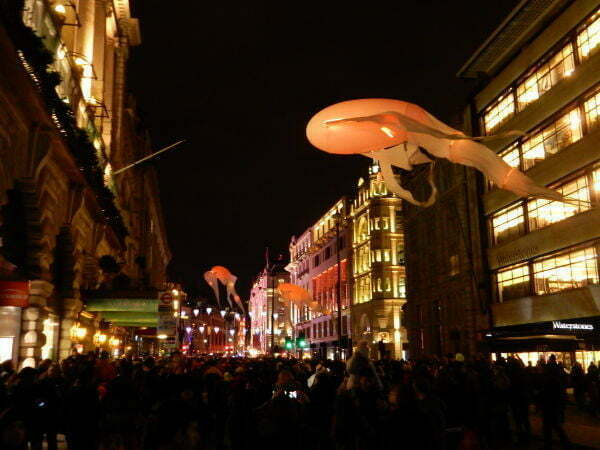 Eléphantastic! by Topla-design © Catherine Garret– An elephant lost in the city

Emerging stomping from a cloud of dust, an enormous elephant makes his slow, and heavy journey through the archways. This extraordinary animated projection brings the sounds of the jungle to Central London as he trumpets his way through the Regent Street area.

Experience the strangeness of a giant wild animal in an urban context. 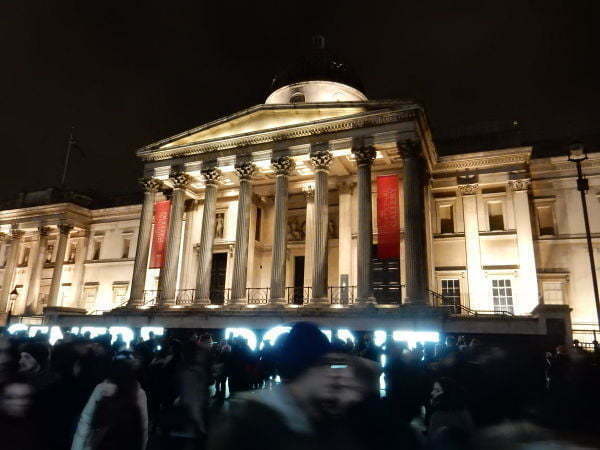 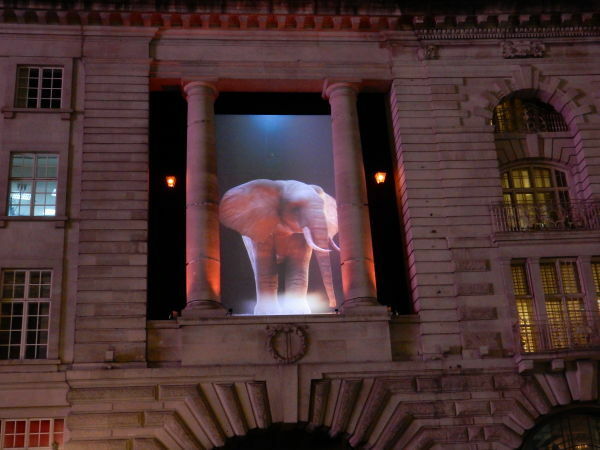 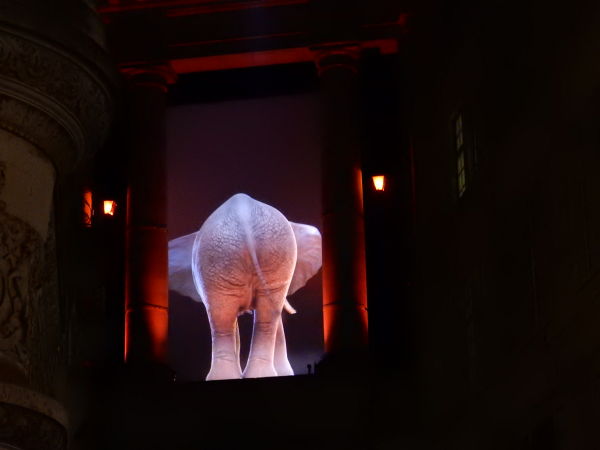 The overall aesthetic refers to the origins of 195 Piccadilly as the home of the Royal Society of Watercolour Painters. The animation is accompanied by a striking soundtrack, created by Ed Carter and inspired by the classic sounds that helped define these genres of film and television. 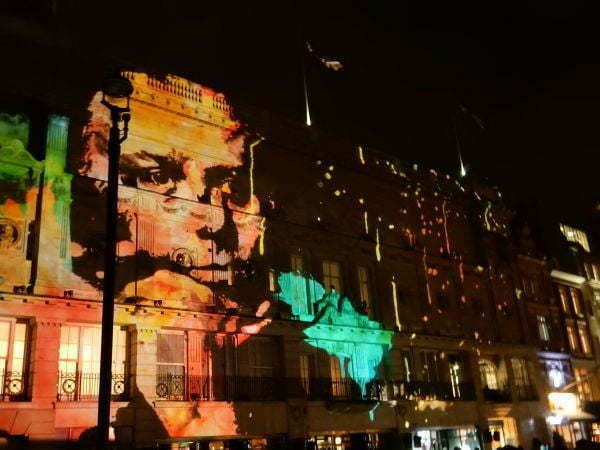 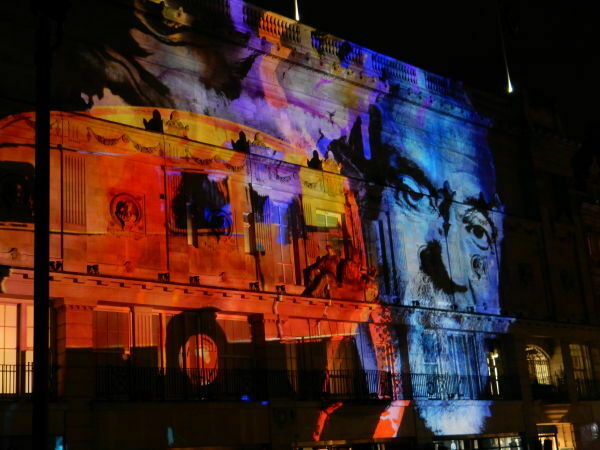 Garden of Light by TILT

Reaching up to the sky, giant illuminated plants will bring a taste of the tropics to wintry January. 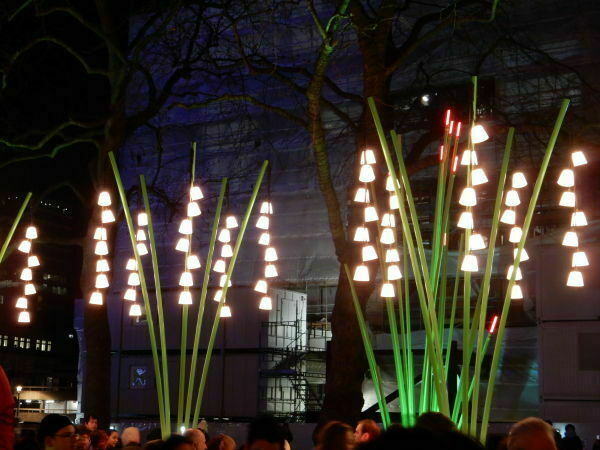 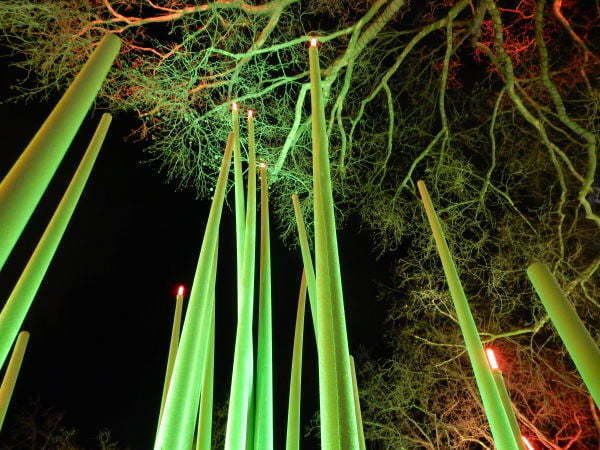 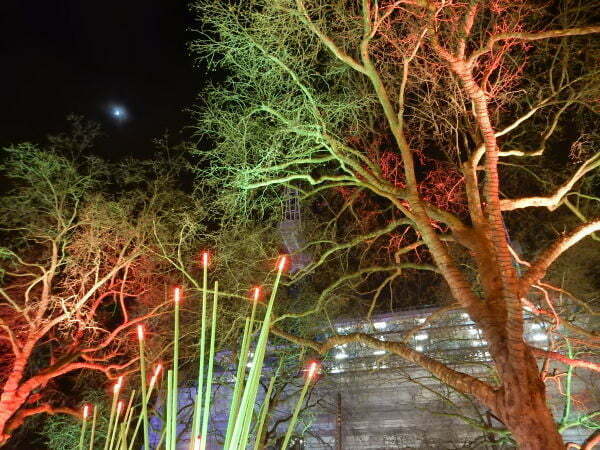 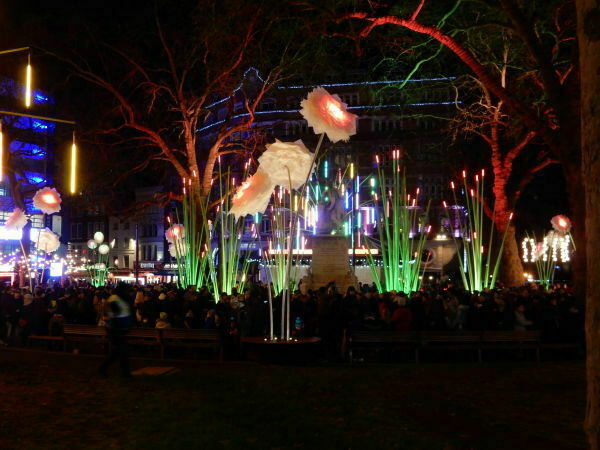 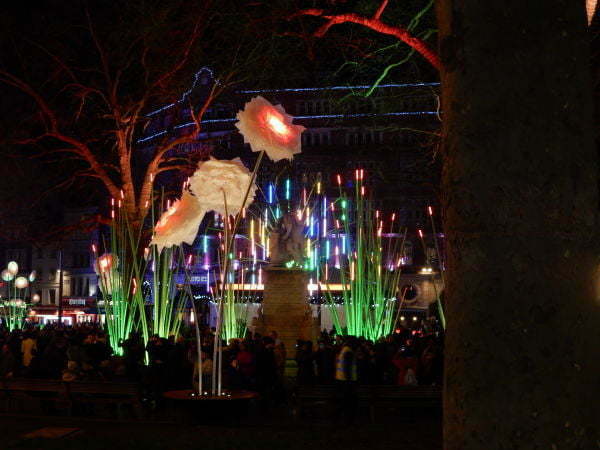 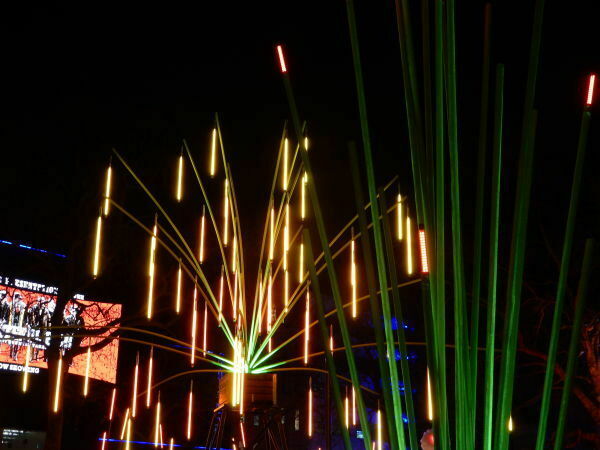 Strasbourg-based, French-Korean artist Tae gon KIM creates large-scale artworks based on items of clothing. Made from fibre-optic LEDs, the ghostly silhouette of each dress changes colour over time.

In the creation of this work, the artist took inspiration from Roland Barthes’ A Lover’s Discourse and reflected on his own fascination with relationships and love. He invites audiences to contemplate the question: “who would we want to be, if we could wear our own desires?”

“When we love someone deeply, sometimes we want to be them. This work thus leads us to imagine that we become the people we love. Dresses and materials transport us inside the image, as if we were wearing our desires. This set of images is also intended to evolve according to our desires.” 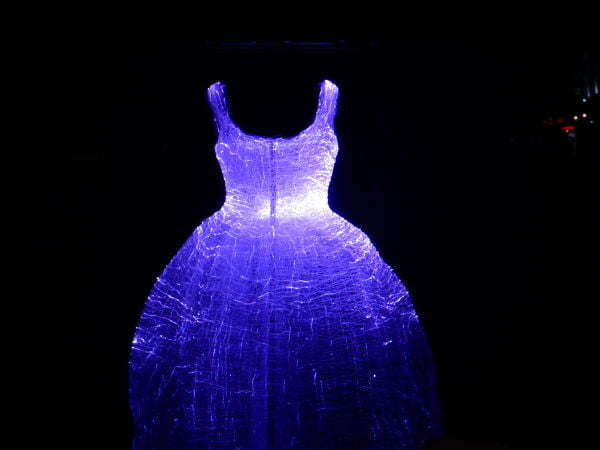 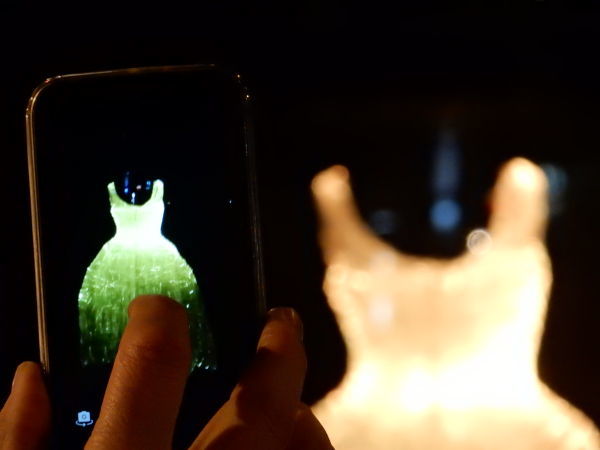 Along the same lines as the beautiful floating fish you saw above, these exotic flowers dance in the London sky. 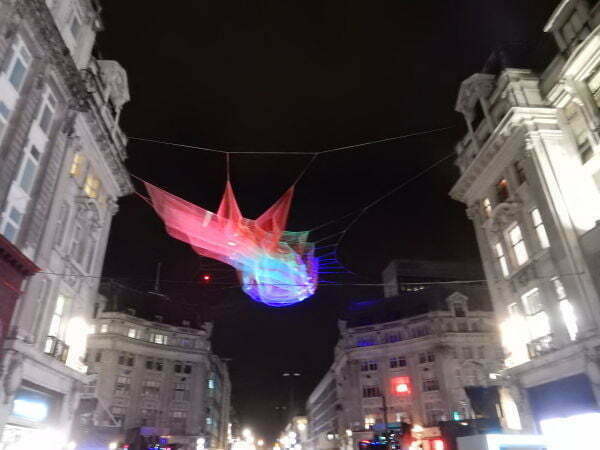 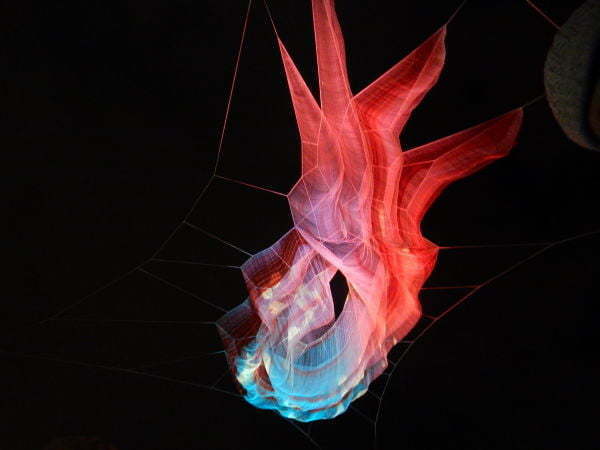 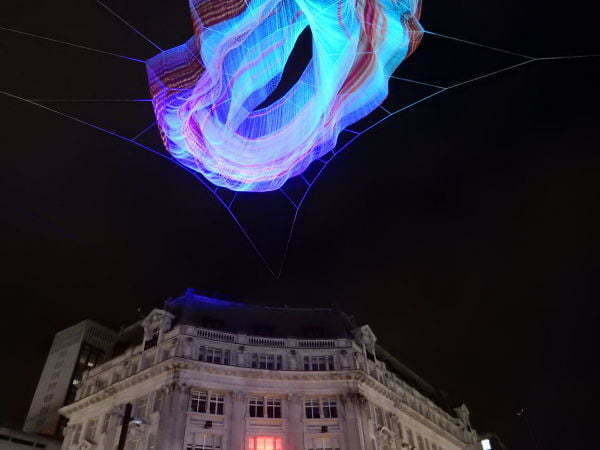 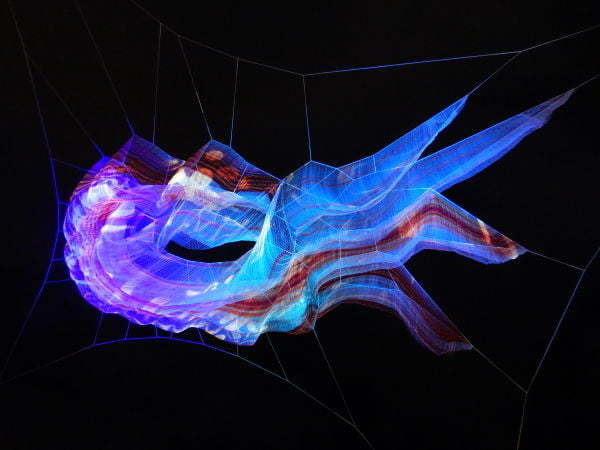 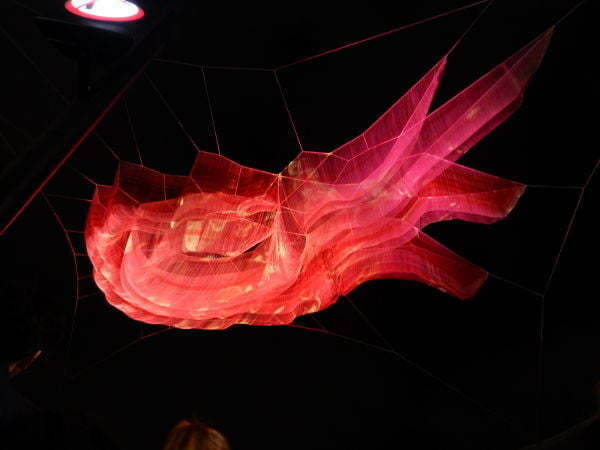 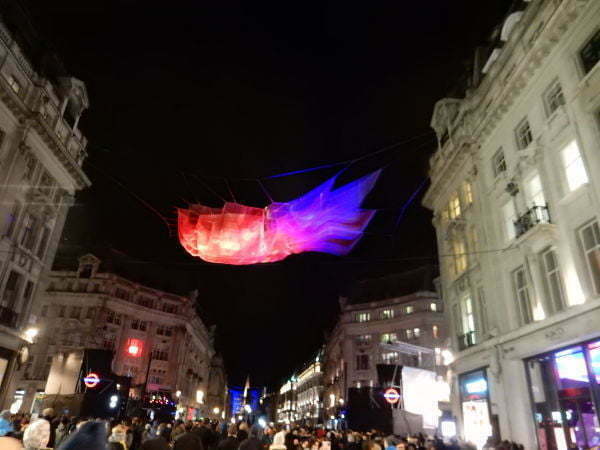 It is also noteworthy and important to mention that in these difficult times after the terrorist attacks in Paris, the security in London for this 3 day event was extremely tight. I felt safe as did the hundreds of others who had come out to enjoy the installations. Londoners were not afraid to come out and the police and security truly did a fantastic job of keeping everyone safe so that our attention could be focused on the art.

Lumiere is a must see for anyone visiting London during this time. The city is hoping to make this an annual event for the future and I highly encourage you all to plan accordingly to enjoy the lights.