As many of you know, on Saturday the 19th, we Iranians celebrated the New Year, known as Nowruz. Nowruz means New (now) Day (ruz), and marks the first day of calendar in our culture as well as coinciding with the Spring Equinox, the arrival of spring worldwide. To those who see me and other Iranians excited and saying things like “my new year is coming,” in the middle of March, this may be odd; but we have a Solar calendar and just celebrated year 1395. This is such a special time of the year for me and Iranians worldwide that I thought I should take a moment to write about it. 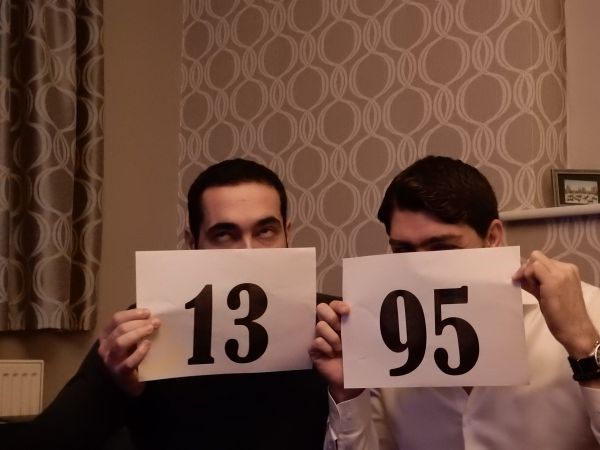 For us Iranians, specially to those living away from home, this is a very emotional time. It’s the time when you can’t stop being nostalgic and think about the good times we used to have during Nowruz with the family gathered around in Iran. Much like what the West does in preparation for the Christmas holidays, back home in Iranian there is excitement in the air as everyone is spring cleaning their homes, preparing for the new year with numerous shopping trips out at the markets with special items,and buying new clothes and gifts for the new year. Because the holiday coincides with Spring, and Tehran is located very far north in Iran, you literally see the city change in the weeks before the new year. The frost melts, the air is less crisp, and flowers begin to bloom everywhere; you really feel the arrival of spring in a way in which I sadly cannot explain in words, but can only describe as magical. 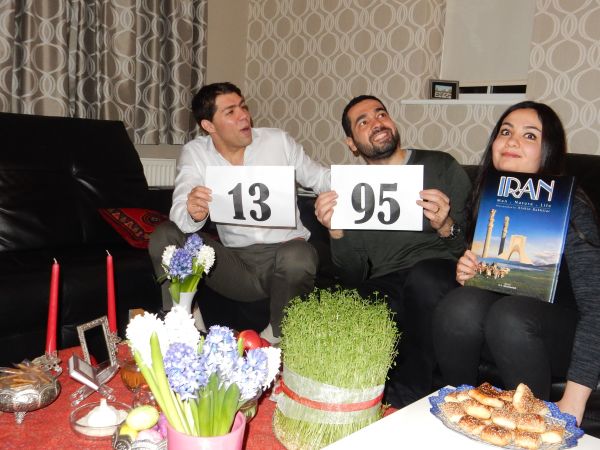 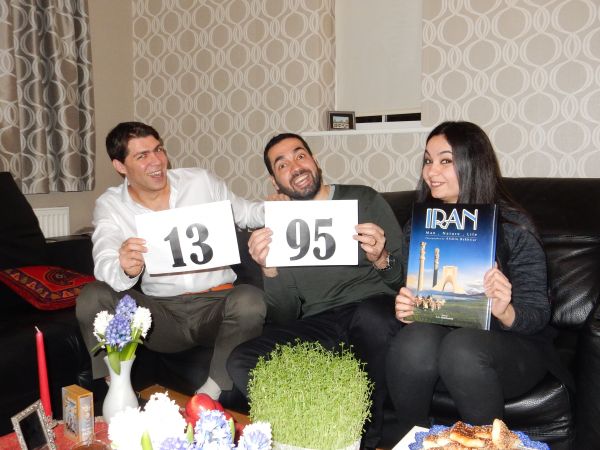 Nowruz is the oldest festival that exists in the world, and dates back to more than 3,000 years ago. It is celebrated by over 300 million people all over the world including: Iran, Afghanistan, Tajikstan, Europe, North America and other places in the world. Nowruz is the day of the astronomical vernal equinox, and marks the beginning of spring in the Northern hemisphere. It usually occurs on March 21st or the previous/following day, depending on where it is observed. Nowruz is the festival of spring, the beginning of Iranian new year and the celebration of nature. During this festival, which lasts more than 2 weeks, friends and family gather to celebrate, read poetry, play music and eat lots of food!The traditional food that you eat the night of the new year is “sabzi polo mahi” rice made with fresh herbs and fish. As usual my role is to prepare the sabzi polo mahi, this year the fish I selected was a delicious sea bass, which you can see my guests vigorously photographing below 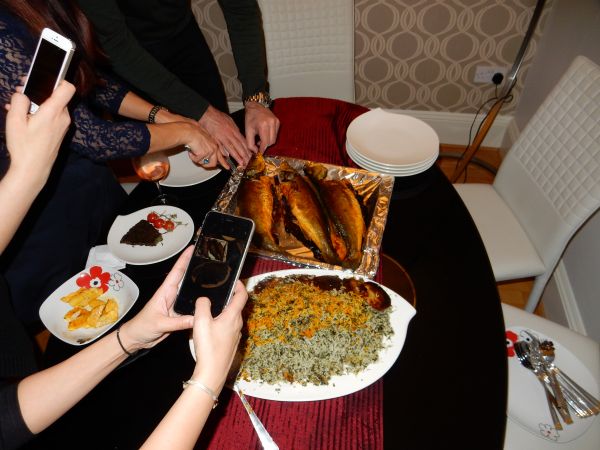 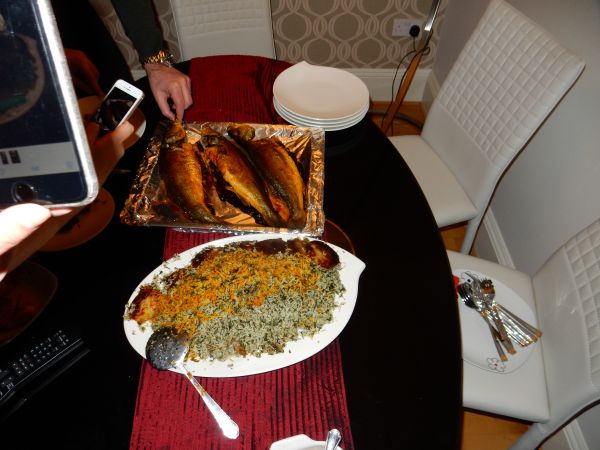 What you see in the pictures below is the “Haft-Seen,” which is a  tabletop (sofreh) arrangement of seven items that begin with the letter “S” or seen (س) in the Persian alphabet.Traditionally, the Haft-Seen table is setup before the Nowruz holiday and stays for the duration of the two week new year’s celebrations.  displayed at norooz. The Haft-Seen table includes seven symbolic items:

Each Haft-Seen item is also a symbol of an ancient Persian holy spirit, 5 of these spirits correspond to months in the Iranian calendar. For example, Serkeh, vinegar above, is the symbol for the spirit of Mordad (the 5th month of the Iranian calendar) who is the symbol of immortality. There are other items that are traditional on the sofreh table as ornaments such as: mirrors which represent reflection into the past, goldfish for the astrological year, candles for each member of the family, painted eggs, and flowers, especially Sombol or the Hyacinth flower. 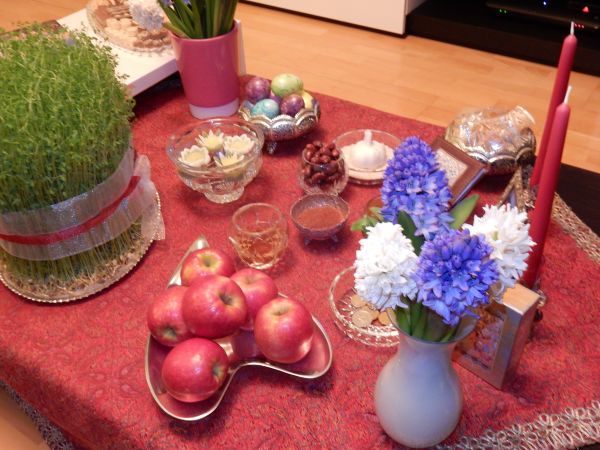 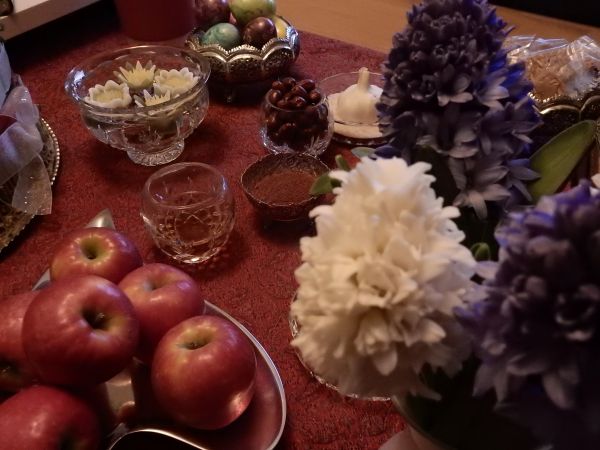 And of course, another important item of the sofreh is the book of the Persian poet Hafez. Traditionally, you take the book of Hafez and make a wish and open the book of Hafez with your family. The poem that you receive is supposed to be an omen of the year to come. 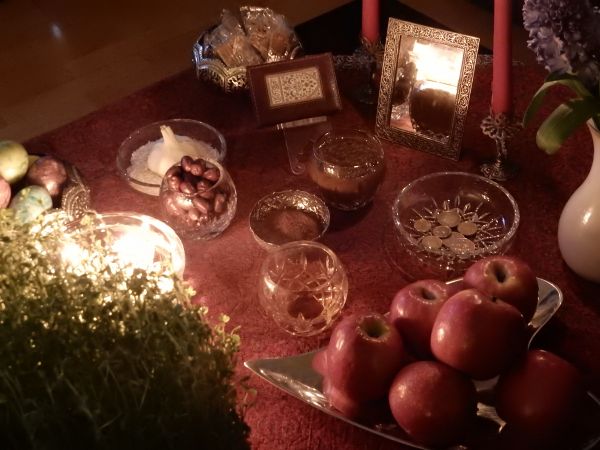 Over the course of the next two weeks, you visit the elders and other members of your family and spend time together. These two weeks are a holiday period back in Iran and in many other countries where Nowruz is celebrated. The celebration ends on the 13th day of the new year known as “13 bedar.” Traditionally, you spend the day outside of your home picnicking in nature with family and friends, eating dancing and celebrating the new year.

I hope you enjoyed my post about the Iranian New Year. Drop me a comment below and let me know what you think and how you celebrated! I was with my friends and had a lovely evening. Wishing you all a healthy, happy and prosperous new year ahead, where all of your wishes and dreams come true!